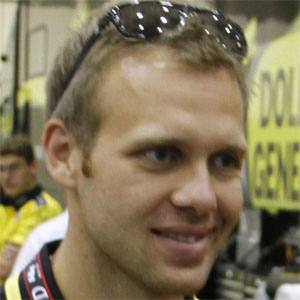 IndyCar Series competitor who drives for his own team, Ed Carpenter Racing.

He began midget racing when he was a young boy, before making his professional debut in 2002 in the Indy Pro Series.

In the IndyCar Series he drove for five different teams before starting his own team in 2012.

He began his career racing for superstar driver-turned-owner A.J. Foyt.

Ed Carpenter Is A Member Of