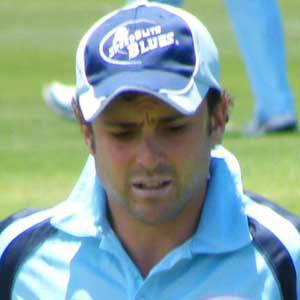 Opening batsman who made his domestic debut in 2003 for Oxford MCCU.

He played in the U-17 South Wales Championship after attending Tudor House School and Cranbrook School.

He made his national test debut in 2011 against India.

He married TV and radio voice Virginia Lette, and had his first child in 2012.

In a notable match against India, he scored 38 in his fourth test before being bowled by Ravichandran Ashwin.

Ed Cowan Is A Member Of