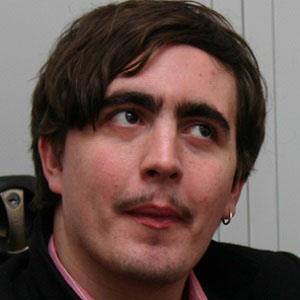 Alternative rock and post-punk musician best known as the lead vocalist of the European band Art Brut. Also an artist, he designed the covers of several of his singles and EPs.

He and musician Dyan Valdes collaborated on a musical project called Everybody Was in the French Resistance...Now!

Raised in Dorset, England, he later settled in Germany with his son and his long-term partner.

Eddie Argos Is A Member Of