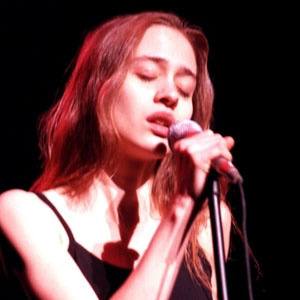 Singer-songwriter who was the recipient of the Grammy Award for Best Female Rock Vocal Performance. She has released songs like "Sleep to Dream" and "Criminal" to critical acclaim.

She gave her demo to a friend who babysat for music publicist Kathryn Schenker. Her first album, Tidal, was three-times Platinum-certified; she released it in 1996.

She has won awards for her other albums, like Extraordinary Machine.

She was born to former singer Diane McAfee and actor Brandon Maggart. She has dated an array of people, including Jonathan Ames.

She has covered Cat Steven's "Father and Son."

Fiona Apple Is A Member Of