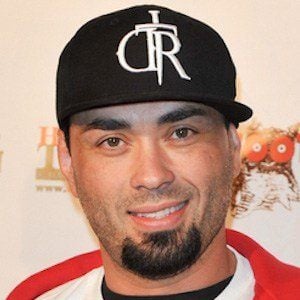 Brazilian jiu-jitsu practitioner and instructor who is best known for his choke-out of Royler Gracie while still a brown belt. This grappling win took place at the 2003 Abu Dhabi Submission Wrestling Championships.

He began wrestling in high school, which later led to his burgeoning interest in Brazilian jiu-jitsu. In April 1996, he first enrolled in jiu-jitsu classes in Hollywood, California.

He was born and raised in Santa Ana, California.

He has trained various well-known fighters, including Ronda Rousey and Chuck Liddell.

Eddie Bravo Is A Member Of