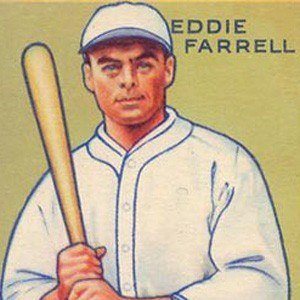 Utility infielder who played nine seasons in the major leagues.

He was the captain of the Ivy League University of Pennsylvania baseball team.

He grew up in Livingston, New Jersey.

He was a part of the 1932 Yankees who won the World Series, the series in which legendary slugger Babe Ruth supposedly pointed to center field and hit a home run to the exact location the next pitch.

Eddie Farrell Is A Member Of