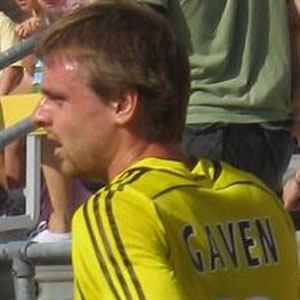 American midfielder who began his MLS career with the MetroStars in 2003. He spent two years with the team before beginning his seven-year stint with the Columbus Crew.

He was a member of the MLS Cup winning Columbus Crew team in 2008.

He was born to Ed and Janet Gaven.

He was teammates with Aaron Schoenfeld on the Columbus Crew from 2012 to 2013.

Eddie Gaven Is A Member Of