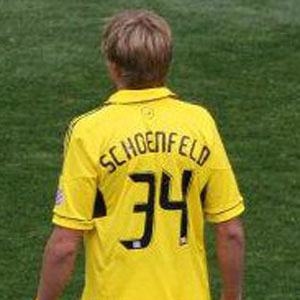 American forward who began his career in the MLS with the Columbus Crew in 2012.

He played college soccer from 2008 to 2011 at East Tennessee State.

He was selected 20th overall by the Montreal Impact in the 2012 MLS Supplemental Draft.

He was born to Robert and Sherry Schoenfeld.

He and Abby Dahlkemper wed in January of 2021.

Aaron Schoenfeld Is A Member Of