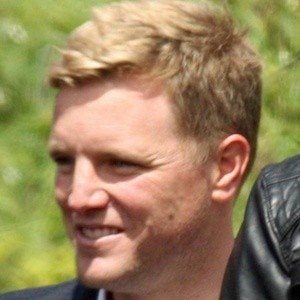 English soccer player and manager who had success with Bournemouth and Portsmouth during his playing career. In 2009, he was made the manager of Bournemouth, making him the youngest manager in Football League at the time.

He was born in Amersham, Buckinghamshire and made his senior debut for Bournemouth in a match against Hull City in 1994.

He got he letter "R" tattooed on his wrist in honor of Rodney, a black labrador he owned while playing at Bournemouth.

He married a woman named Vicki and has children. His half-brother is former striker Steve Lovell.

He has managed midfielder Andrew Surman during his time as the manager at Bournemouth.

Eddie Howe Is A Member Of