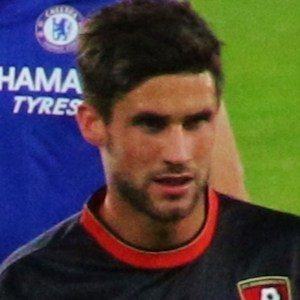 English midfielder who joined Norwich City in 2010 after previously playing for Southampton and the Wolverhampton Wanderers. In 2014, he would officially join Bournemouth after being on loan for them the season before.

He started his youth career with Southampton in 1996, at age ten.

He had a short-lived international career with England's U21 team in 2007.

He married Laura Howard in 2010. They have three children together.

He became teammates with Grant Holt on Norwich City in 2010.

Andrew Surman Is A Member Of