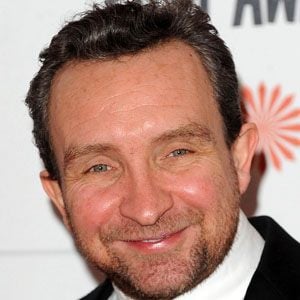 English actor who gained fame for appearing in many high-profile films, including V for Vendetta, Mission Impossible III and Happy-Go-Lucky. He won a London Film Critics Circle Award in the Best Supporting Actor category for his work in Happy-Go-Lucky. In 2013, he began plying Terry Donovan on the Showtime series Ray Donovan.

He worked as an apprentice for a printer before he started acting.

In 2011, he appeared in Sherlock Holmes: A Game of Shadows.

He married Janine Schneider in 2002 and the couple had four children together.

He starred with Will Smith in the 2008 film, Hancock.