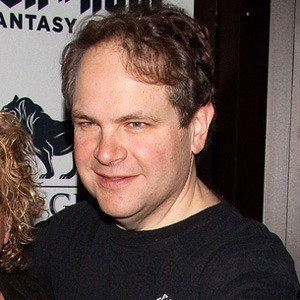 He was inspired when, as a high school student, he worked briefly at a local college radio station. He later secured employment at a record store near his favorite New Jersey radio station.

He joined a record label catering to up-and-coming heavy metal bands like Anthrax and Metallica, eventually becoming Vice President of the company.

He was raised in Madison, New Jersey. He later had two children with his wife, Jen.

He served as the Master of Ceremonies for Ronnie James Dio's memorial service in 2010.

Eddie Trunk Is A Member Of