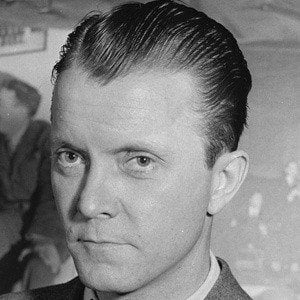 Jazz guitarist of the Dixieland era who played banjo and was also a bandleader throughout his career.

He switched from ukulele to banjo where he made his mark as a professional.

He did a series jazz radio broadcasts from New York during World War II.

He has a daughter named Maggie Condon and a grandson named Michael Repplier.

He collaborated with Bix Beiderbecke on many recordings during the 1940s and 1950s.

Eddie Condon Is A Member Of