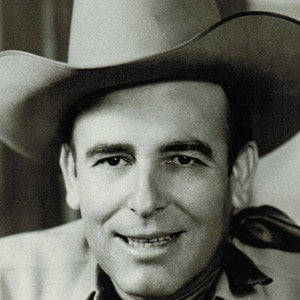 Learning the mandolin, guitar, and fiddle in his childhood, he was already playing local dances in his teens, and performing professionally in his twenties.

Starting in the 1940s with jazz-inflected radio hits like "Steel Guitar Rag," he continued into the 1950s with the top ten hit, "Faded Love."

He was born near Kosse, Texas, inheriting his love of music and his ability from his father and grandfather.

He was working well into his final years, recording an album with Merle Haggard, when he succumbed to a stroke.

Bob Wills Is A Member Of