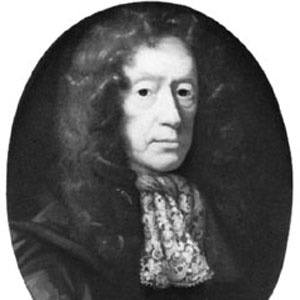 Seventeenth-century poet and politician known for his verse "Go, Lovely Rose!" He popularized the poetic form of the couplet.

He studied briefly at King's College, Cambridge and later sat in the English House of Commons.

He was banished from England between 1643-1651 for his leading role in Waller's Plot, a royal, anti-Parliamentary conspiracy.

After being rejected by Lady Dorothy Sidney, he married Mary Bracey. Previously, he had been widowed by another Mrs. Waller.

He wrote a 1655 poetic tribute to Oliver Cromwell.

Edmund Waller Is A Member Of