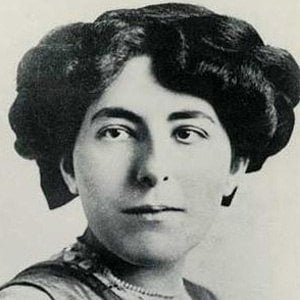 The Pulitzer prize-winning author of So Big (1924), she is best known for her 1926 work, Show Boat, which was adapted into a popular Broadway musical in 1927. Several of her other works, including Cimarron (1929) and Giant (1952) were adapted into award-winning motion pictures.

She briefly studied at Lawrence University before beginning her writing career as a reporter for the Milwaukee Journal and The Appleton Daily Crescent. She published her first novel, Dawn O'Hara, in 1911.

Many of her novels and stories feature characters in the American Midwest who witness vast cultural and technological changes through the generations. She is particularly known for creating strong female characters.

She was born in Kalamazoo, Michigan to a family of Hungarian-Jewish descent. She never married or had children.

She collaborated with George S. Kaufman on the writing of several plays, including Dinner at Eight and Stage Door.

Edna Ferber Is A Member Of