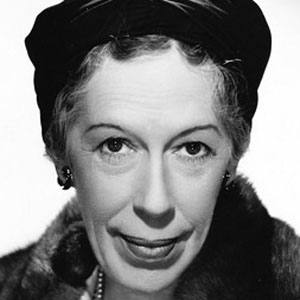 American actress who was well-known for playing character roles in the 1930s in such films as Cimarron (as Mrs. Tracy Wyatt) and Little Women (as Aunt March). She was nominated for an Oscar in the Best Supporting Actress category in 1939.

She dropped out of school in her early teens to pursue a career as a stage actress.

She played the role of Aunt Penelope in the 1917 Broadway production of Oh, Boy!

She co-starred with Mary Boland in the 1925 Broadway production of The Cradle Snatchers.

Edna May Oliver Is A Member Of