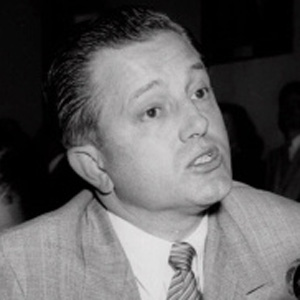 Screenwriter who was most recognized for being a member of the Hollywood Ten. He also directed several key films during the 1940s, including Mystery Sea Raider and Under Age.

He moved to San Francisco from Canada when he was young, but didn't become a naturalized citizen until he was 31.

He was investigated during the second Red Scare, accused of being a member of the Communist regime.

His father Michael remarried after the death of his first wife.

He and writer Leo Buscaglia both became professors at USC.

Edward Dmytryk Is A Member Of