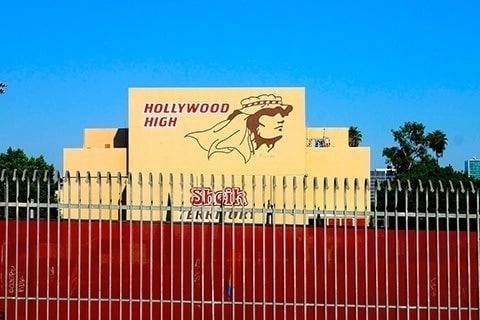 The school was a filming location for 2001's Made, 2007's Nancy Drew and the video game Tony Hawk's American Wasteland. Eloy Torrez painted a mural of 13 famous entertainers called Portrait of Hollywood across the east wall of the school's auditorium.