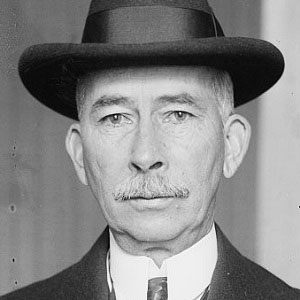 Remembered best as Woodrow Wilson's unofficial, highly influential adviser during both the Democratic politician's 1912 presidential campaign and his subsequent World War I-era political and diplomatic negotiations, House played a key role in formulating the Covenant of the League of Nations; the Treaty of Versailles; and the Fourteen Points.

After attending boarding schools in England, Virginia, and Connecticut, he enrolled at Cornell University in New York and subsequently worked as a businessman and investor.

In the early 1900s, he penned and anonymously published a politically-themed novel titled Philip Dru: Administrator.

Born in Houston, Texas, to an English immigrant father, House grew up with six older brothers. His more than six-decade marriage to Loulie Hunter produced daughters named Janet and Mona.

Edward House Is A Member Of