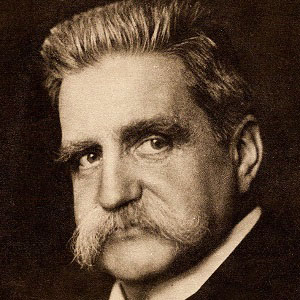 Notable as Sweden's sixteenth Prime Minister, this Social Democratic Party politician led his country briefly in 1920, and again from 1921 to 1923 and 1924 to 1925. After securing Sweden a place in the League of Nations, he became a 1921 co-recipient of the Nobel Peace Prize.

Following his science studies at the University of Uppsala, he worked briefly at the Stockholm Observatory before becoming a journalist.

He grew up in Stockholm, Sweden, as a professor's son. He was married to journalist Anna Jaderin Branting.

Just under a century apart, he and fellow Social Democratic Party leader Stefan Lofven both held office as Prime Minister of Sweden.

Hjalmar Branting Is A Member Of