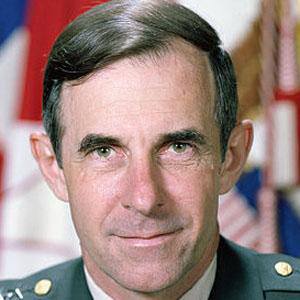 He was commissioned as a second lieutenant and was assigned a platoon in the Korean War.

He commanded the first Air Cavalry Division in Vietnam and participated in intense fighting during the Tet Offensive.

He had five children with his wife, Carol McCunniff.

His son-in-law was the drummer for Ronnie Van Zant and Lynyrd Skynyrd.

Edward Meyer Is A Member Of