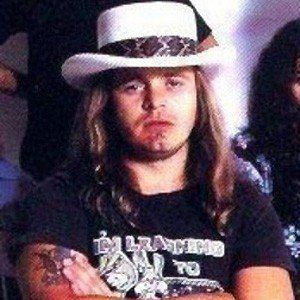 He was very interested in sports and had aspirations to play baseball, be a boxer, and race stock cars.

His younger brothers are Johnny and Donnie Van Zant, the former was another founding member of Lynyrd Skynyrd.

He and Gary Rossington were bandmates in Lynyrd Skynyrd.

Ronnie Van Zant Is A Member Of