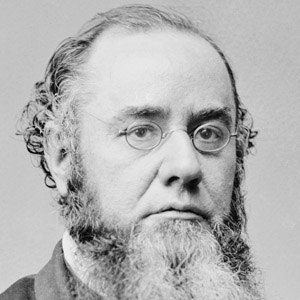 Nineteenth-century American attorney who served as Secretary of War during the American Civil War years.

He passed the Ohio bar exam in 1836 and participated in his first legal trial at age twenty-one.

He passed away just days after President Ulysses S. Grant nominated him to the Supreme Court as an Associate Justice.

He was born to Lucy and David Stanton in Steubenville, Ohio.

He began serving under President Abraham Lincoln and, following Lincoln's Assassination, continued in his post as Secretary of War under the Reconstruction-era administration of Andrew Johnson.

Edwin M. Stanton Is A Member Of