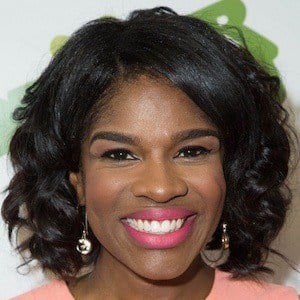 Perhaps most well known for her portrayal of Kelly on the Tyler Perry soap opera If Loving You Is Wrong, she is also notable for her recurring roles as Davina Lambreaux and Tosha Mitchell on the respective HBO series Treme and The Wire.

In 2011, she played the recurring role of Jill on the ABC drama series Brothers & Sisters.

She was born and raised in Washington, D.C. In 2012, she married Kelvin Dickerson.

Playing the role of Rosie, she co-starred with Omari Hardwick and Emayatzy Corinealdi in the acclaimed 2012 film Middle of Nowhere.

Edwina Findley Is A Member Of