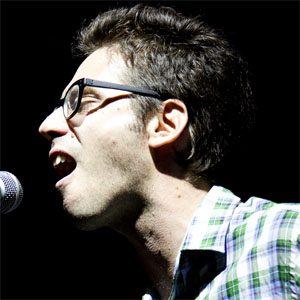 Singer and songwriter for an alternative country band called Clem Snide. He released his first solo album, Bitter Honey, in 2006.

After graduating from Teaneck High School in New Jersey, he became a founding member of Clem Snide. The group released its debut album, You Were a Diamond, in 1998.

He composed music for Rocket Science, a 2010 film directed by Jeffrey Blitz.

He was born in Israel and raised in New Jersey.

He was often a backing musician and concert opening act for fellow singer and songwriter Ben Folds.

Eef Barzelay Is A Member Of