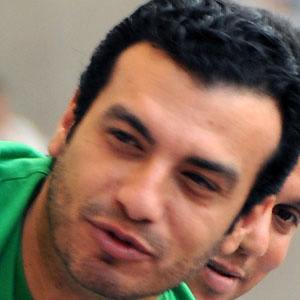 Egyptian singer who rose to prominence during the early 2000s and scored hits with the songs "My Darling" and "She Enchanted Me."

He began playing the flute when he was seven years old. In 1995 he received his Master's Degree, and in 2002 he earned a Doctorate in Music and Arabic Singing.

He had two children, Ahmed and Mahmoud, with his wife Nada.

He was born in the same country as fellow singer Tamer Hosny.

Ehab Tawfik Is A Member Of