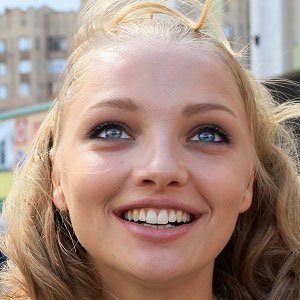 Notable for her roles in Russian films such as PiraMMMida (2011), Chernaya Molniya (2009), and Hipsters (2008), she is also recognized for her work in television series such as Verbnoe Voskresene and Ottsy i Deti.

Before beginning her acting career, she trained at the Moscow Art Theatre.

A stage performer as well as a screen actress, she appeared in a production of the Alexander Volodin play No Part from His Love.

She spent her youth in Nizhny Novgorod, Russia (which, at the time, was Gorky, USSR). She and her husband, Ilya Lyubimov, became parents to a daughter named Pavla and a son named Pyotr.

She co-starred with Fedor Bondarchuk in the 2007 film Tiski.

Ekaterina Vilkova Is A Member Of