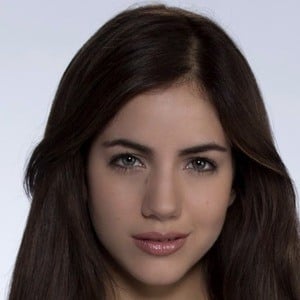 She studied at Centro de Educación Artística and made her TV debut on the show Gossip Girl: Acapulco.

Growing up, she was a model in a variety of publications. She appeared in a commercial for Garnier in 2010.

She grew up in Querétaro with her sister. Her real name is Daniela Campos.

She appeared alongside Brisa Carrillo on Come Dice el Dicho.

A Que No Me Dejas
Despertar Contigo
Caer En Tentación