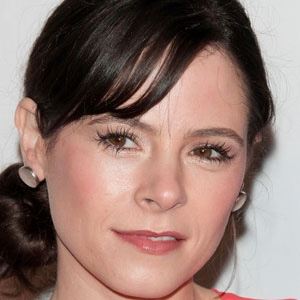 Known for her title role in the 1999 film Felicia's Journey and for her portrayal of Lydia in the 2001 horror movie The Others, this Irish-born actress is perhaps most famous for playing Abby Mills in the American mystery miniseries Harper's Island.

At the age of seventeen, she earned a Geneva Film Festival "Most Promising Actress" nomination for her performance in The Sun, the Moon and the Stars.

She received Irish Film and Television Awards in 2003 and 2010 and was nominated for another IFTA in 2005.

A native of Kilcoole, County Wicklow, Ireland, she later settled in London, England with her British actor husband Stephen Lord and her daughter Kila.

She and Cillian Murphy co-starred in the 2001 movie Disco Pigs.

Elaine Cassidy Is A Member Of

The Others
Acres and Acres
42 Year Olds
Movie Actresses