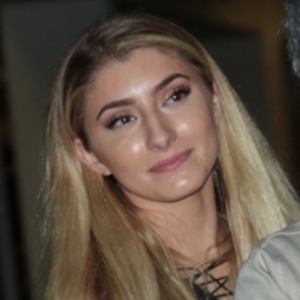 Model and country singer-songwriter, she is the daughter of metal band Megadeth guitarist and lead singer, Dave Mustaine.

She first showed off her singing chops performing for a charity event called Operation Ward 57, which is a non-profit organization that helps wounded veterans and their families.

She is a horse, car, and gun enthusiast.

Her father is Megadeath lead and original guitarist in the band Metallica, Dave Mustaine. He married her mother Pamela Anne Casselberry in 1991. Electra's brother Justis was born in 1992.

She has said that Dolly Parton is her music role model.

Electra Mustaine Is A Member Of