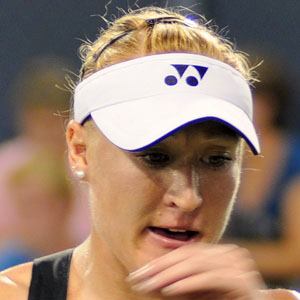 Four-time Aegon Award winner who held the #1 national ranking in the United Kingdom from 2002 to 2012. She died of liver cancer at the age of 30.

She was a Commonwealth Youth Games silver medalist in 2000.

Her career was derailed after a 2013 knee injury.

Her brother Sergei became a professional soccer player. She was married to tennis coach Nino Severino.

She reached the third round of the 2010 Australian Open; the tournament was eventually won by Serena Williams .

Elena Baltacha Is A Member Of