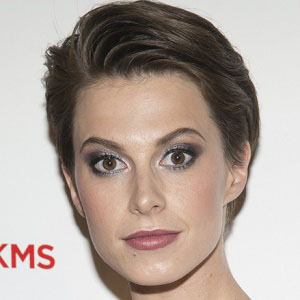 After being discovered by fashion photographer Bruce Weber, she became a spokesmodel for the Lancôme brand. While working as a model, she completed a Bachelor's degree in International Relations from The New School and a Masters of Science degree in Biomedicine from the London School of Economics.

She is the founder of the Impatient Foodie website. She once established a pop-up eatery called GOODNESS; the mobile restaurant subsequently inspired a television show called Elettra's Goodness.

She was born in New York City to Isabella Rossellini and model-turned-Microsoft-employee Jonathan Wiedemann. She was married to James Marshall from 2012 to 2015.

She was photographed by the renowned fashion photographer Karl Lagerfeld.

Elettra Rossellini Wiedemann Is A Member Of