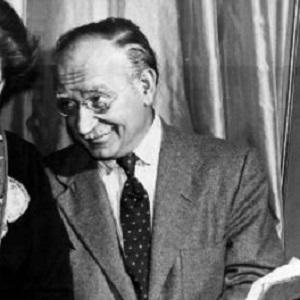 Remembered for his Daytime Emmy-nominated role as Locksmith on the popular ABC soap opera All My Children, this Polish-born stage and screen actor also performed in Broadway productions of Catch Me If You Can and The 49th Cousin.

In the late 1940s, he made his Broadway debut in Me and Molly.

During the 1940s and 1950s, he appeared in the Broadway, television, and film versions of The Goldbergs.

After leaving his native Poland, he settled in New Jersey, U.S.A. He and his wife Hasha raised daughters named Iva and Leona.

He and Charles Siebert were both in the cast of the 1968 to 1969 Broadway production of Jimmy Shine.

Eli Mintz Is A Member Of