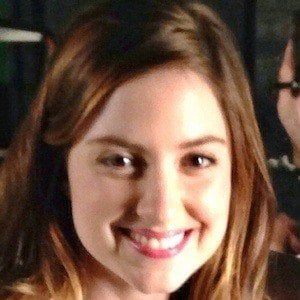 Israeli actress and television personality known for her portrayal of Dani in the 2012 series Galis. She is also known for her appearances in the shows Anything Goes and Back of the Nation.

It was after she graduated from Herzliya Hebrew Gymnasium that she earned her breakout role playing Dani in the fantasy series Galis.

In 2014, she reprised her role of Dani in the film spinoff Galis: The Journey to Astra.

She got engaged to Lee Biran in February 2020.

She has become friends with a number of celebrities including Instagram sensation Coral Simanovich.

Eliana Tidhar Is A Member Of