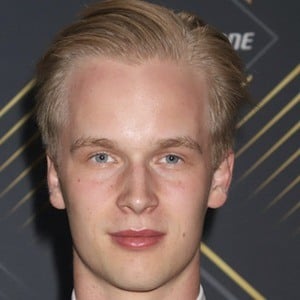 Forward who signed with the Vancouver Canucks in May 2018 and made his NHL debut for them in October 2018. He received the Calder Trophy, given to the league's top rookie, in 2019.

He played in the youth system of Timrå IK in Sweden. He was later selected with the 5th overall pick by the Vancouver Canucks in the 2017 NHL Entry Draft.

He led the Swedish national team to a gold medal finish at the 2018 World Championships. He was named the second star of the week during the final week of his debut in October 2018.

He has one brother named Emil, who is also a professional hockey player.

He and Bo Horvat have played as teammates for the Vancouver Canucks.

Elias Pettersson Is A Member Of