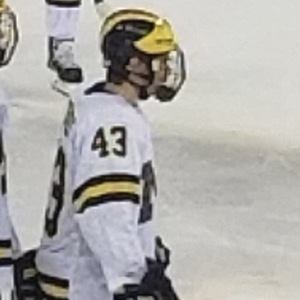 Professional hockey defenseman who was drafted with the 7th overall pick by the Vancouver Canucks in 2018. Previously, he set a record for most assists by a freshman defensive player at the University of Michigan.

He began playing hockey as a forward but switched to defense when he was 13 years old.

His parents Ellen and Jim are both former competitive hockey players. He has two younger brothers named Jack and Luke who also play hockey.

He said that he models his game after the style of Duncan Keith and Kris Letang.

Quinn Hughes Is A Member Of