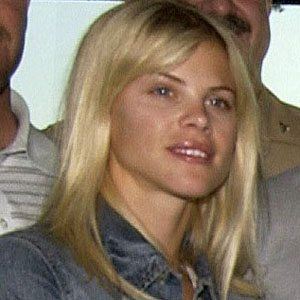 Swedish model most known as Tiger Woods' ex-wife. She received a great deal of publicity during Woods' 2010 cheating scandal. She received an estimated $100,000,000 settlement.

She was working as a nanny for Swedish golfer Jesper Parnevik when she was introduced to Tiger Woods.

She received $100 Million in a divorce settlement from the world's most famous golfer.

She had two children named Sam and Charlie with Tiger Woods before their divorce.

Her ex-husband's well-known cheating scandal is one of many famous celebrity infidelities, much like the scandal that involved former California governor Arnold Schwarzenegger.

Elin Nordegren Is A Member Of