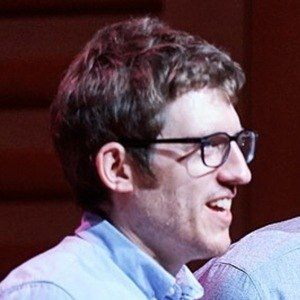 Early in his career, he won a National Student Radio Awards comedy honor.

He performed at the famous Edinburgh Fringe Festival in 2011 and 2012.

He toured with fellow comedian Rhod Gilbert on the national tour of "Rhod Gilbert and the Award-Winning Mince Pie."

Elis James Is A Member Of