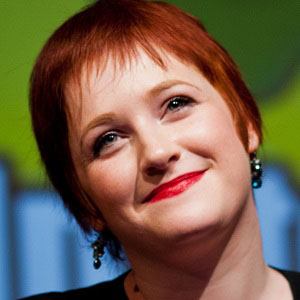 British blogger best known for founding a popular science-themed Facebook page in March 2012. She is one of her country's best-known science communicators and has been featured in publications like Cosmopolitan and on shows like CBS This Morning.

She earned a Bachelor's degree in Biology from the University of Sheffield in 2012.

In 2014, she announced that she would be producing a TV series based on her Facebook page in collaboration with The Science Channel.

She married Jake Rivett in September 2013.

She as cited Italian neurologist Rita Levi-Montalcini as her favorite scientist.

Elise Andrew Is A Member Of