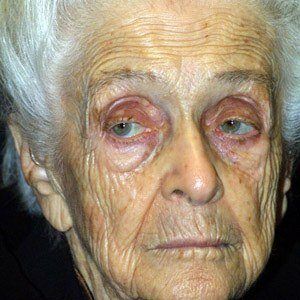 Italian neurologist who received a Nobel Peace Prize in 1986 with Stanley Cohen for their discovery of nerve growth factor. She also received the National Medal of Science in 1987.

She attended Turin Medical School but her academic career was cut short by Benito Mussolini's 1938 Manifesto of Race which barred Jews from academic and professional careers.

From 2001 until her death she served in the Italian Senate as a Senator for Life.

She is a twin and had a sister and a brother.

She was influenced by Albert Einstein.

Rita Levi-Montalcini Is A Member Of