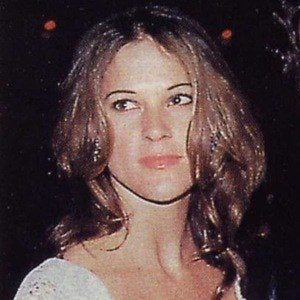 Gained fame for being engaged to late actor Brandon Lee, son of Bruce Lee, up until his death in 1993. It was after his death that she began petitioning to tighten gun regulations on film sets.

Before she began dating Brandon Lee in 1990, she worked as a casting assistant on the film Arena.

She worked extensively in casting during the 1990s and would later work in child welfare in Los Angeles, California.

She worked as the assistant to Kiefer Sutherland on the 2011 series The Confession.

Eliza Hutton Is A Member Of