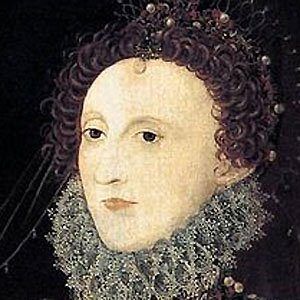 Elizabeth I of England

The Virgin Queen who, during her reign from 1558 to 1603, saw England thrive politically and culturally in an era known as the Elizabethan era. She came to power after the death of her half-sister Mary I, who had previously kept her imprisoned for a year.

When she was two, after her mother, Anne Boleyn, was executed, she was classified as illegitimate and her Princess title was revoked.

She was known as the Virgin Queen for her steadfast resolve to never marry and she established an English Protestant church, of which she became the Supreme Governor.

Her parents were King Henry VIII and Anne Boleyn.

Playwrights such as Christopher Marlowe and the great William Shakespeare saw their careers take off under her reign.

Elizabeth I of England Popularity

Elizabeth I of England Is A Member Of