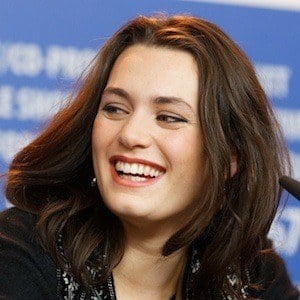 Film and television actress who rose to fame after starring in the 2016 French-Belgian horror drama film Raw. In 2017, she was cast in the lead role in the drama feature Tiger Girl.

At the age of 14, she was cast as Juliet in a production of Romeo and Juliet.

In 2014, she was nominated for the Best Supporting Actress award at the Swiss Film Awards.

She is the daughter of a psychotherapist and a lecturer.

She starred alongside Garance Marillier in Raw.

Ella Rumpf Is A Member Of