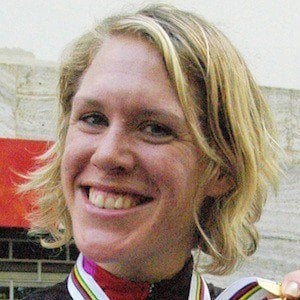 She grew up in Harmelen, Utrecht participating a variety of sports, including gymnastics and volleyball.

She was originally a speed skater and used cycling as a means of physical conditioning. She gravitated strongly towards cycling and quit speed skating entirely in 2007.

She has two older brothers. Her parents' names are Nico and Anneke.

She and Germany's Judith Arndt are both UCI Road Cycling World Champions.

Ellen van Dijk Is A Member Of