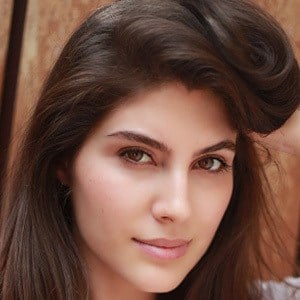 Iranian actress and model who is known for her roles both in film and television shows. She is best recognized for playing Zoya in the Netflix series Sacred Games.

She started her career as a model when she was 14. She gained attention for her work with brands such as Thumps Up, Being Human, and Dior. She started acting in 2018, making her debut in the Punjabi film Khido Khundi.

She is also a model and influencer who shares her promotional photos through Instagram for her over 1.5 million followers.

She was born and raised in Tehran, Iran but moved to Germany in 2000 with her family where she was raised.

She has appeared in several music videos for the artist Guru Randhawa.

Elnaaz Norouzi Is A Member Of