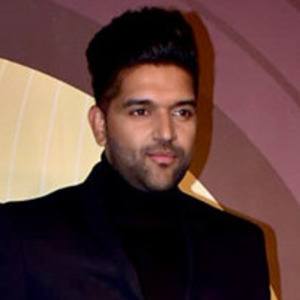 Known for his popular "Same Girl" music video, his debut single "Chadd Gayi," his song "I Like You," and his album Page One, this Indian singer received the Best Debut Male honor at the 2014 PTC Punjabi Music Awards.

While pursuing his music career, he earned a business degree from the Indian Institute of Planning and Management (IIPM).

He grew up in Punjab, India, and later settled in Delhi. He has a brother named Ramneek.

He was greatly influenced by the work of Bollywood playback singer Kailash Kher.

Guru Randhawa Is A Member Of