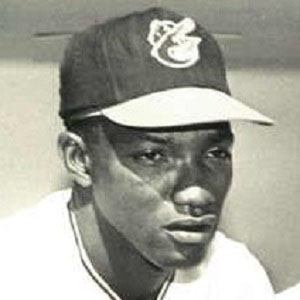 MLB catcher who spent 12 years with the Baltimore Orioles, helping the team win a World Series Championship in 1970.

He began playing baseball with his father when he was a child, never expecting to turn pro.

After wrapping up his MLB career, he became a big star in Puerto Rico, playing 17 seasons with the Cangrejeros de Santurce.

He was born in Charlotte Amalie, United States Virgin Islands.

He and the famed Cal Ripken Jr. both became longtime Baltimore Orioles.

Elrod Hendricks Is A Member Of