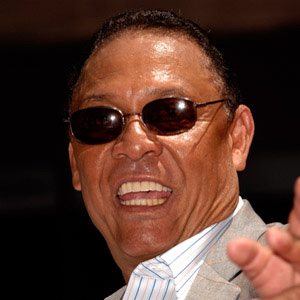 Hall of Fame slugger and 7-time All-Star who was a member of Cincinnati's Big Red Machine. He won World Series Championships with the Reds in 1975 and 1976.

After retirement, he managed the Reds in 1993 and the Florida Marlins in 2001.

Married his wife Pituka in 1965 and had two children with her.

He was teammates with Pete Rose in Cincinnati and later with the Philadelphia Phillies.

Tony Pérez Is A Member Of