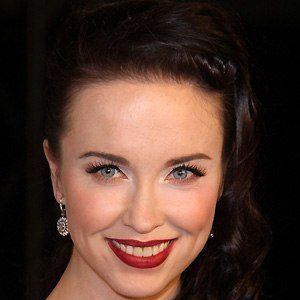 Canadian actress who portrayed the character of Chloe Armstrong on the SyFy original series Stargate Universe from 2009 to 2011.

She started acting in 1997 at age 11 on the acclaimed children's anthology series The Incredible Story Studio.

She played the antagonistic Dr. Maxine Rich for two years on the children's series 2030 CE.

She was born in Regina, Saskatchewan, Canada.

Elyse Levesque Is A Member Of

Ready or Not
Stargate Universe
Shoot the Messenger
Family in Hiding